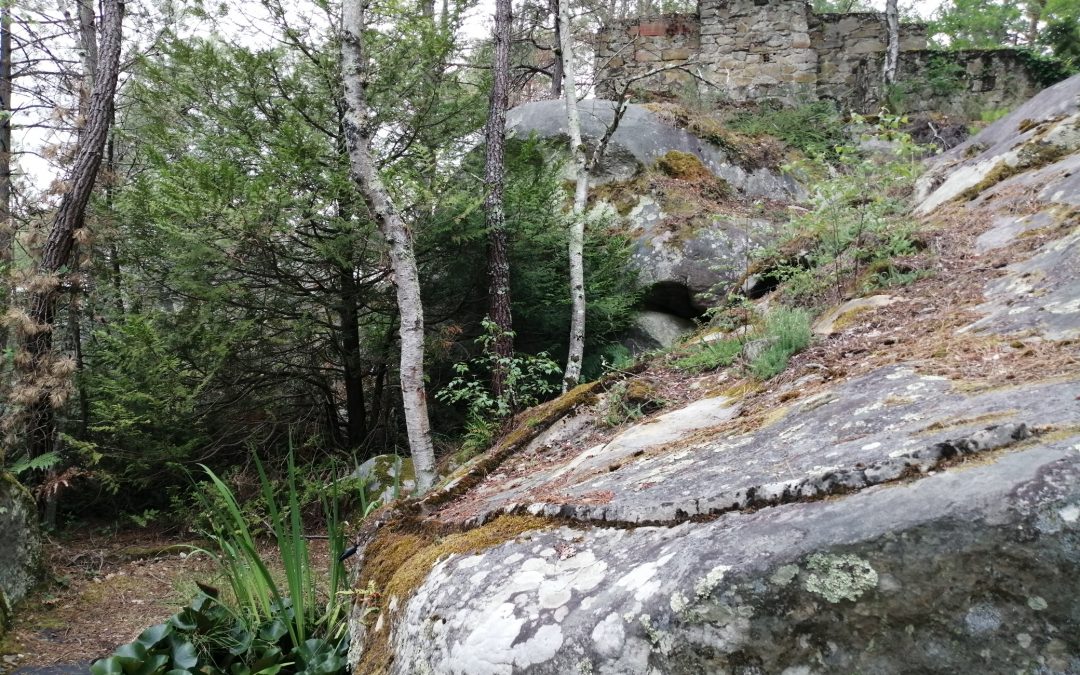 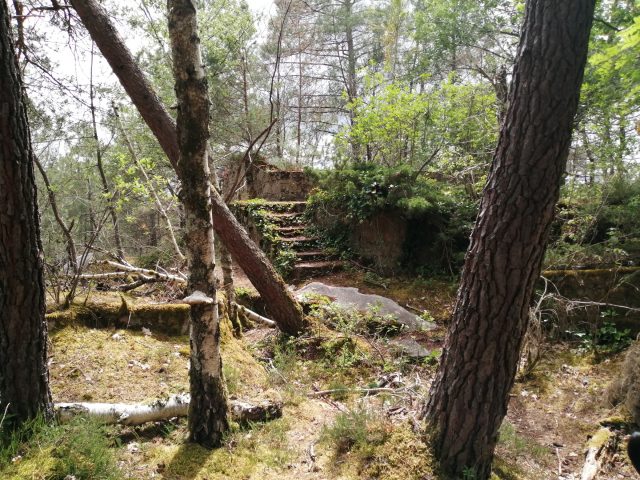 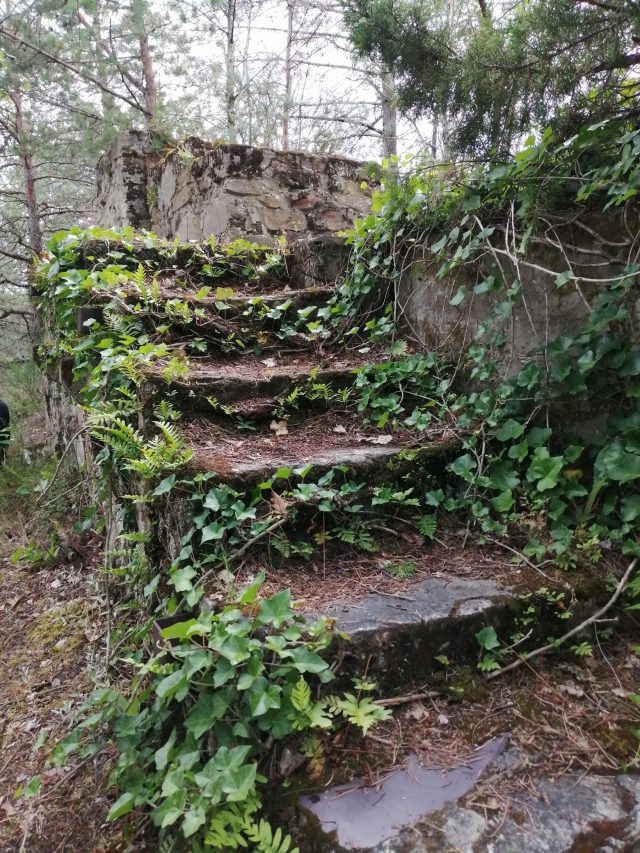 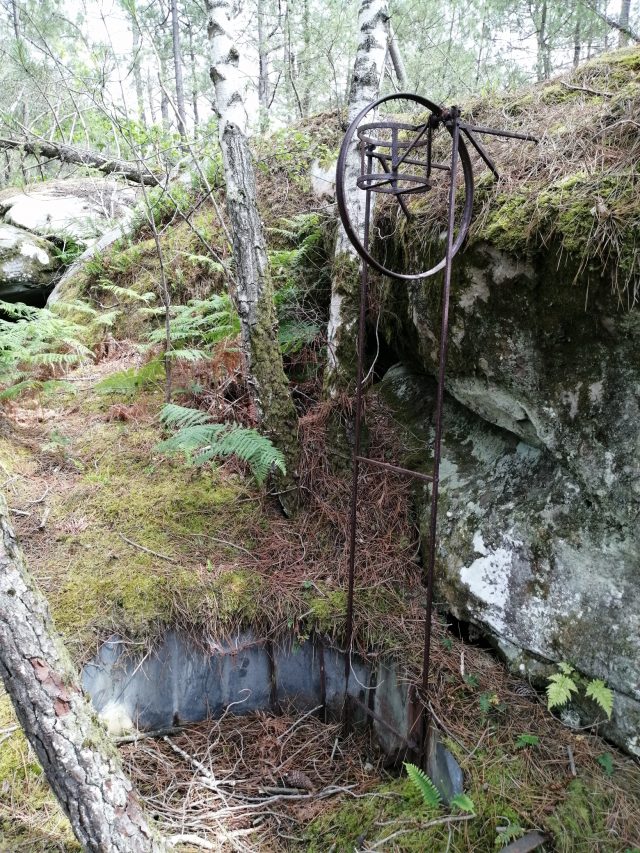 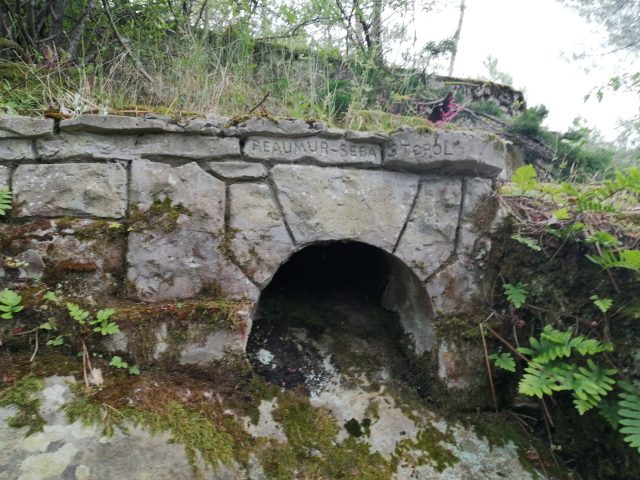 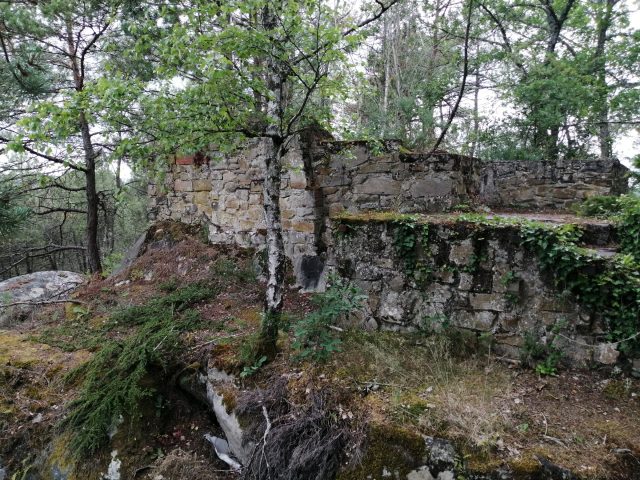 It was the sixties. Mr. Delavier lived at 23, rue St Merri, in the 4th arrondissement of Paris. He was demoralized by the bustle of Paris and the project for a cultural center that was going to be built right under his windows on the Beaubourg plateau. Like many of his acquaintances, Mr. Delavier considered that the project of the architects Renzo Piano and Richard Rogers had all the makings of an oil refinery.

Fortunately, he had found refuge in one of the most extraordinary places in the Paris region. He had built his hermitage there.

On Friday, after his workday, Mr. Delavier took his 404 Peugeot and drove to Fontainebleau, with a smile on his face and a trunk full of provisions and some building materials.

The N7 drove him to Melun and then along the Fontainebleau forest, passing through Barbizon, the famous village of landscape painters, precursors of Impressionism. Between Arbonne and Achères, he took the famous 17-turn road at a slow pace. This famous winding road, which at the time was entirely paved, played many tricks on its users. The wheels of the bicycles sometimes got stuck between the cobblestones, making the climb up very tricky and down even more dangerous! And what about the cobblestones that were so slippery when it rained! For Mr. Delavier, this paved road marked the entrance to his forest: the one that is all hollows and bumps, rocky chaos and tortured trees, sand and smell of pine trees. A few minutes later, he parked his 404 in the village of Le Vaudoué, on the edge of the Trois Pignons woods.

Mr Delavier was one of the 2000 private owners of this massif. Some plots were only 2 or 3 metres wide, others were much larger. His was about one hectare, which allowed him to make himself comfortable. But above all, it was located at the top of a hill. Following the huge fire of 1943, started by the German army to dislodge the resistance fighters, the vegetation had not yet grown back to the point of obstructing the viewpoints. Its position therefore offered a splendid view of the Trois Pignons. He liked nothing better than watching the sun set from his hermitage, while playing a jazz tune with his trumpet.

Mr. Delavier had built his palace himself. He had hauled tons of bricks and cement, little by little, week after week, to raise his shelter and create organic terraces. He had designed basins to retain water so that he could shower, cook and water his garden. Clever little gutters led the water from the large sandstone slabs of the rocky chaos into these basins, which he had patiently tiled with those small sky blue tiles that reminded him of the public baths of the city of Paris. His garden dressed the forest with touches of colour, and there were all sorts of flowers and shrubs, incongruous in this place, but perfectly charming, which gave his hermitage all the attributes of domestication.

Mr. Delavier’s resourcefulness was such that he had built a toilet in a place a few dozen meters away from his home and sheltered so that his privacy was preserved.

He had also designed an ingenious mechanism for taking a shower while overlooking the green vastness from which only the majestic sandstone Diplodocus was emerging in the distance. Mr. Delavier loved the life of Robinson on his hill, from which he dominated the world.

His happiness could have lasted a long time, but he hadn’t counted on these climbers, more and more numerous in the Trois Pignons massif, who had set their sights on a nearby bivouac.

Delavier undertook to get rid of these undesirables. He ended up nailing “private property” signs on the trees. But the climbers were amused by the one they thought was an old fool. They called his house the “Potala Palace”. This house could be seen from so far away that it reminded them of the Dalai Lama’s palace in Lhasa. The name has remained since the IGN named it “Potala”. Mr. Delavier’s intentions were less peaceful than those of the Dalai Lama. He decided to isolate his domain with a double defensive line made of barbed wire. Some people still speak of it today as the Delavier Line, as there was the Maginot Line before him.

The rock climbers were now forced to bypass the Potala: Mr. Delavier had finally found his peace and could continue to develop ponds and vegetable and ornamental islets. The time of retreat was approaching and his hermitage was becoming more and more functional and pleasant. He intended to spend most of his time there from April to October, while winter would be spent in Paris. He was having a lot of fun. He even came up with the idea, in one of the risers of his house, of a miniature metro entrance, whose pediment still bears the name of the station: “Réaumur Sébastopol”. It seems to me that this small opening leads the forest mice directly to Paris when family and festive events require them to join their cousins, the city mice.

It was the public authorities who sounded the death knell of the Potala Palace and the knell for Mr. Delavier’s paradise at the same time. The Trois Pignons Massif extending over 3340 hectares and adjoining the forest of Fontainebleau was acquired by decision of the Ministry of Agriculture in order to be open to the public. The authorities also had the idea of passing a motorway over the eastern part of the Trois Pignons: the A6 still tears through the forest massif today.

Mr Delavier and a few other plot owners went to court to plead their case and cancel the expropriation of which they were the victims. Despite a long and bitter legal battle, the expropriations were all confirmed in 1969. The Potala Palace was demolished so that no one could move in again. Today, many remains are still visible, including some beautiful water lilies in one of the pools, and anyone who takes the time to stop a while at the top of the Potala will be able to smell the atmosphere of this special place. Slightly below one of the terraces, you may see this large rock that evokes a face screaming in disarray, it is the Despair of Mr. Delavier. You will think of him. 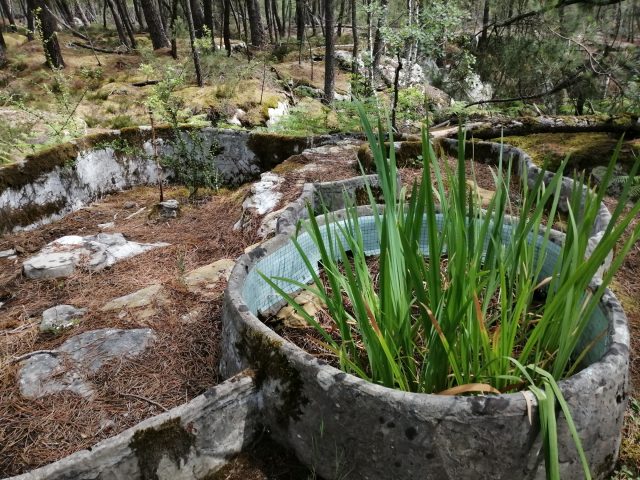 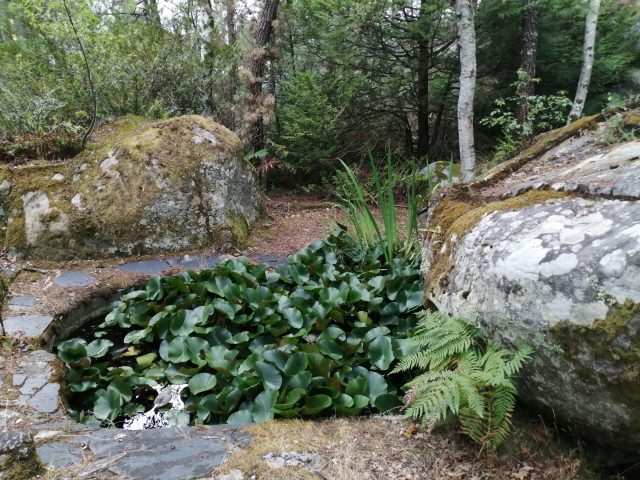 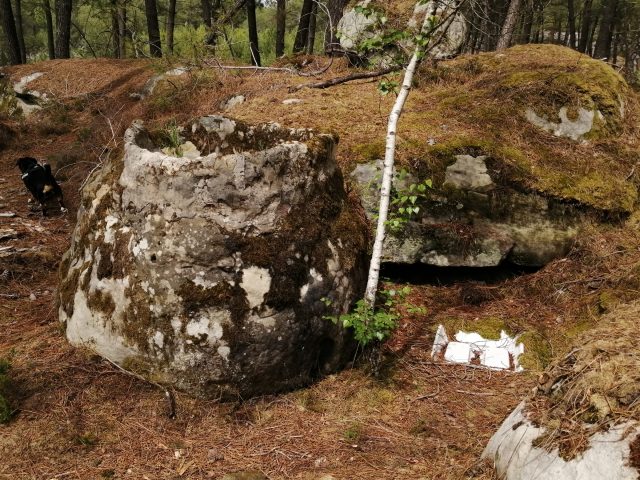 The Toilet facilities of Mr. Delavier